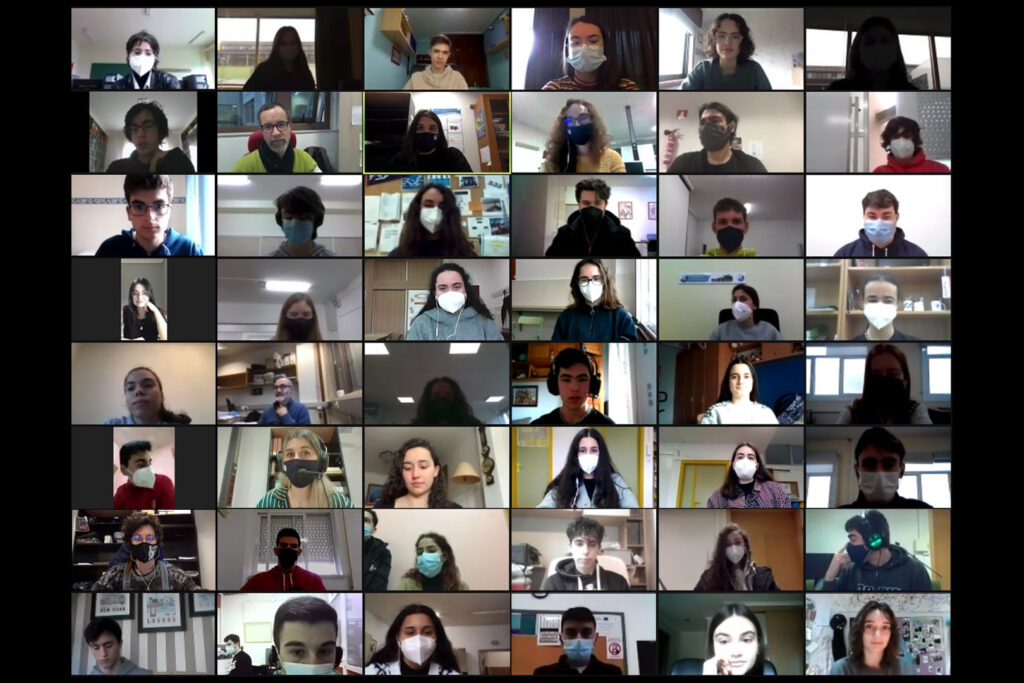 11 MarSuccessful participation in the virtual Masterclass of Particle Physics

Seventy students of the last year of high school from 28 centers in Galicia participated today in the virtual Masterclass “hands on Particle Physics” organized by the Galician Institute of High Energy Physics (IGFAE), in collaboration with the European Physical Society, the CERN (European Organization for Nuclear Research) and Fermilab (Fermi National Laboratory), and promoted by the International particle Physics Outreach Group (IPPOG). In this edition, in which the students participated from their educational centers or from home due to the sanitary situation, it is worth highlighting the female participation, 47%. In 2020, female students only accounted for 24%.

After the welcome from IGFAE director Carlos Salado, the masterclass consisted of an introduction to Particle Physics by IGFAE associate executive director and researcher Néstor Armesto, and a talk on particle detectors by predoctoral researcher Marcos Romero. This was followed by a computer practice in which they identified events -subatomic particle collisions – using real data from CERN’s Large Hadron Collider (LHC) CMS experiment.

In the afternoon, the students shared their results of the practical exercise and connected by videoconference with CERN to discuss the exercise with other European centers that simultaneously organize an identical masterclass, in which more than 13,000 students from 60 countries participate each year.

The organization of this 2021 edition of the Masterclass “Particle Physics with the hands” was in charge of:

Image: participants and organizers during the introduction to the masterclass. Credit: IGFAE.