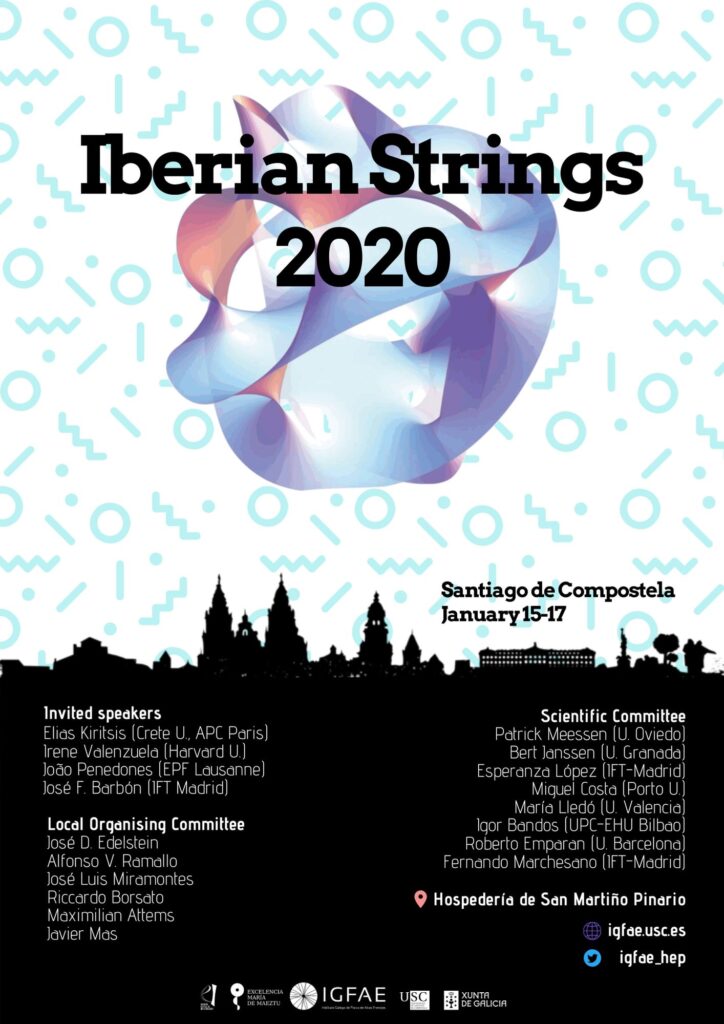 Organized by the Galician Institute of High Energy Physics (IGFAE), Iberian Strings 2020 is the eleventh annual meeting of the Spanish and Portuguese String Theory community, where recent developments in the field of supergravity, strings, branes and gauge theory are discussed. String theorists from outside the Iberian Peninsula will participate in this meeting, which will take place in 15-17 January at Hospedería San Martiño Pinario.

This conference series followed the “Workshop on Gravitational Aspects of Strings and Branes” and the “Northwest Strings” that Iberian String theorists had been organizing since the early 2000s.