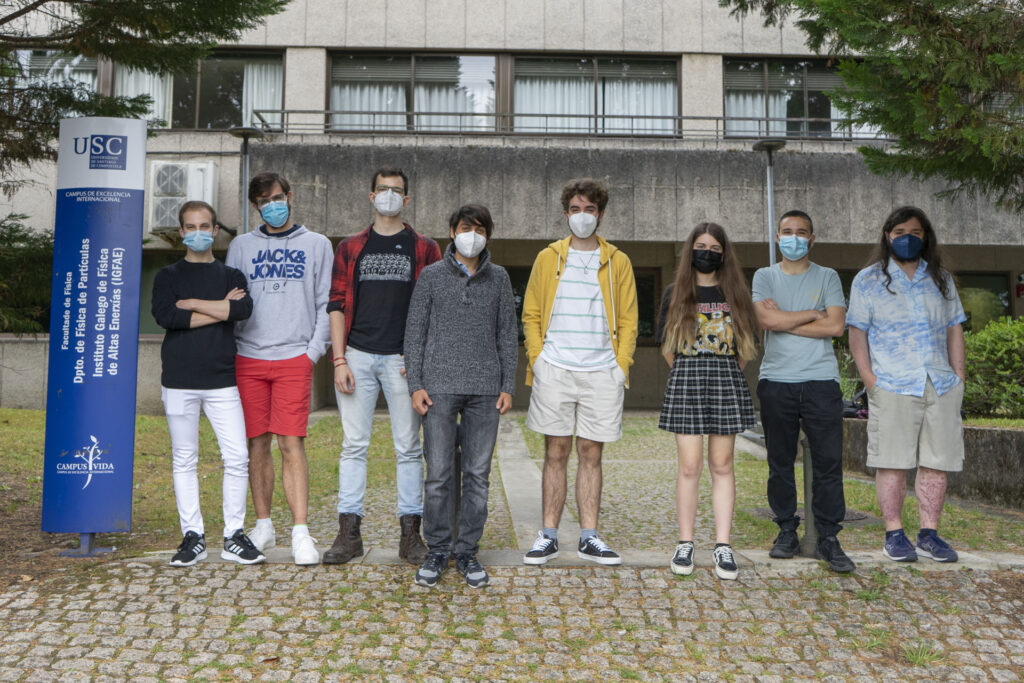 Eight students of Physics’ degree from the Universities of Barcelona, Cantabria, Granada, Complutense de Madrid and Santiago de Compostela have joined the Instituto Galego de Física de Altas Enerxías this Thursday as beneficiaries of the II Edition of the IGFAE Summer Fellowships Program (the ninth student, José Luis Vérez-Fraguela Cerdeira, will do it next week).

These fellowships, interrupted last year due to the sanitary crisis by COVID-19, will allow them to get to know the daily life of a scientific center of excellence, as well as to have a first approach to the research career. For one month they will develop individual projects supervised by IGFAE researchers and associated with one of the three research areas of the institute.

In the welcome ceremony, the director Carlos Salgado made a brief presentation of the IGFAE, highlighting its accreditation as “María de Maeztu Unit of Excellence” and its participation in international scientific collaborations such as CERN, LIGO, Pierre Auger Observatory or FAIR. Afterwards, the supervisor of each fellow introduced themselves and explained the research projects that their students will develop during their stay at the institute.