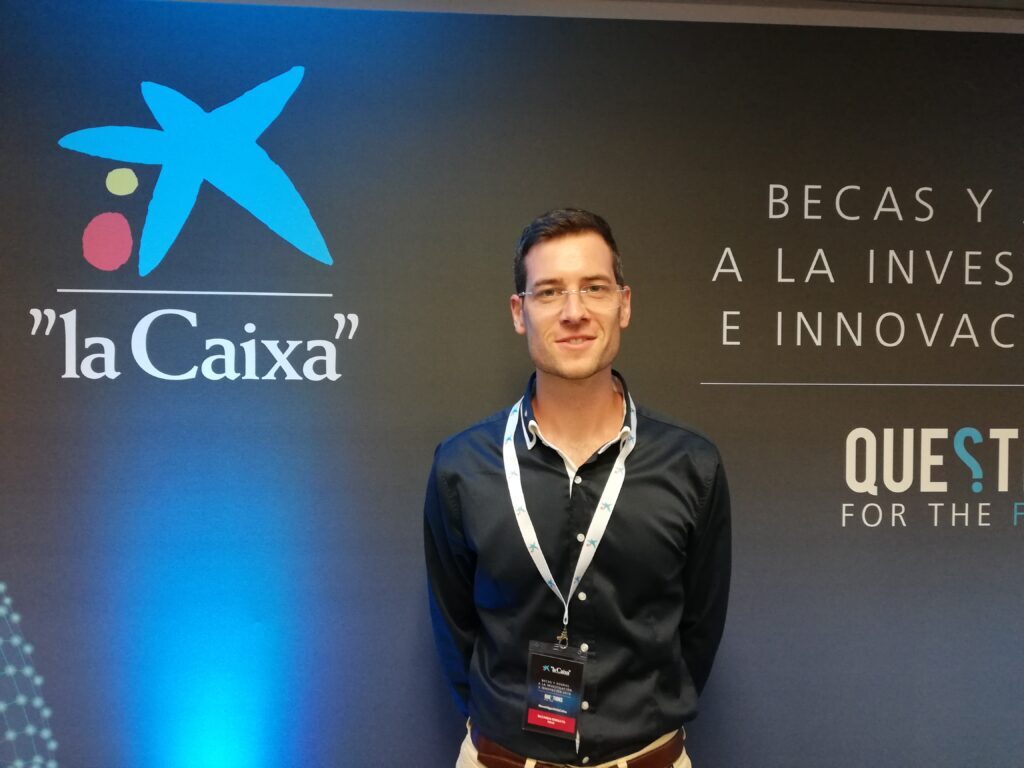 17 SepRiccardo Borsato, awarded by “la Caixa” for his research project on integrable theories

Riccardo Borsato, a researcher at IGFAE (Galician Institute of Physics of High Enerxies), yesterday received his Junior Leader – Incoming postdoctoral fellowship at the “la Caixa” Scholarships and Aid Ceremony for Research and Innovation in 2019, held at CaixaForum , Barcelona. The Minister of Science, Innovation and Universities, Pedro Duque, and representatives of the “la Caixa” Foundation and scientific institutions presented this act that recognizes the best scientific talents with funding for 3 years, with the aim of supporting the realization of projects of research in excellent Spanish and Portuguese centers. During his post-doctorate at the IGFAE, Riccardo Borsato will develop pioneering tools that improve the understanding of the theoretical models used to describe the phenomena of nature.

Image: The researcher Riccardo Borsato and Javier Solana, member of the Board of Trustees and the Advisory Council of Research Experts of the Banking Foundation ”la Caixa. Credit: “la Caixa” Foundation

Almost everything that is observed in nature can be explained, in principle, with the Standard Model of particle physics, although sometimes it is not easy to extract information because the calculation tools, the “mathematics” that support it, are unknown. However, there are theories that have a very special property, integrability, which appears when many of the quantities of a particular problem are preserved. The relevant thing is that for integrable theories, exact methods are available that allow us to go beyond typical approaches. In particle physics, integrability methods can often be used if supersymmetric and compliant theories are considered, although some symmetries have not been observed. That is, the laws are the same if bosons and fermions are exchanged – the two possible types of particles – and invariable if we approach or move at different distances. Therefore, these additional symmetries are not desired for realistic models.

Riccardo Borsato will build and study deformations of integrable theories, breaking the unrealistic supersymmetry and conformal symmetry of the original models, while applying exact integration methods. To do this, she will use String Theory, the best candidate to combine the laws of particle physics with the laws of gravity.