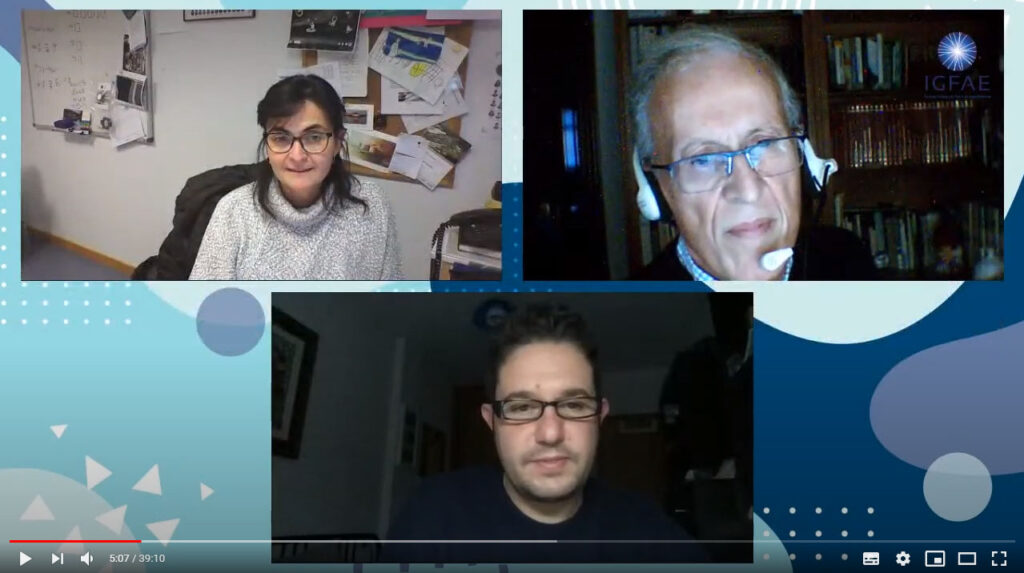 The juries of the III Science Communication Competition of the Galician Institute of High Energy Physics (IGFAE) announced yesterday the winners of this edition in a virtual awards ceremony that could be followed live on YouTube and in which the authors participated.

Winner in the category “scientific monologues“: not awarded, declared void.

The winner of the category “experiments, demonstrations or web applications or for mobile devices”, corresponding to the II edition of the 2019 Scientific Communication Contest, was also announced. The award-winning work was “Medindo a radiactividade do radón no noso instituto”, carried out by a team from the IES de Sar. Additionally, the jury awarded an honorable mention to the project “Detección y evaluación del pico de Bragg mediante sensor CMOS, by the team formed by Marcos Quintas Pérez, Yago Radziunas Salinas and Marcos Suárez Vázquez.

The IGFAE appreciates the participation of the contestants in this activity that is part of the III IGFAE Science Week and which has been co-financed by the ERDF Galicia 2014-2020 Operational Program.

In the image: Dolores Cortina, IGFAE researcher and president of the jury in the category “experiments, demonstrations or web applications or for mobile devices” of 2019, and the teachers of the IES Sar Ramón Cid and Issac Valiña during the award ceremony of awards.