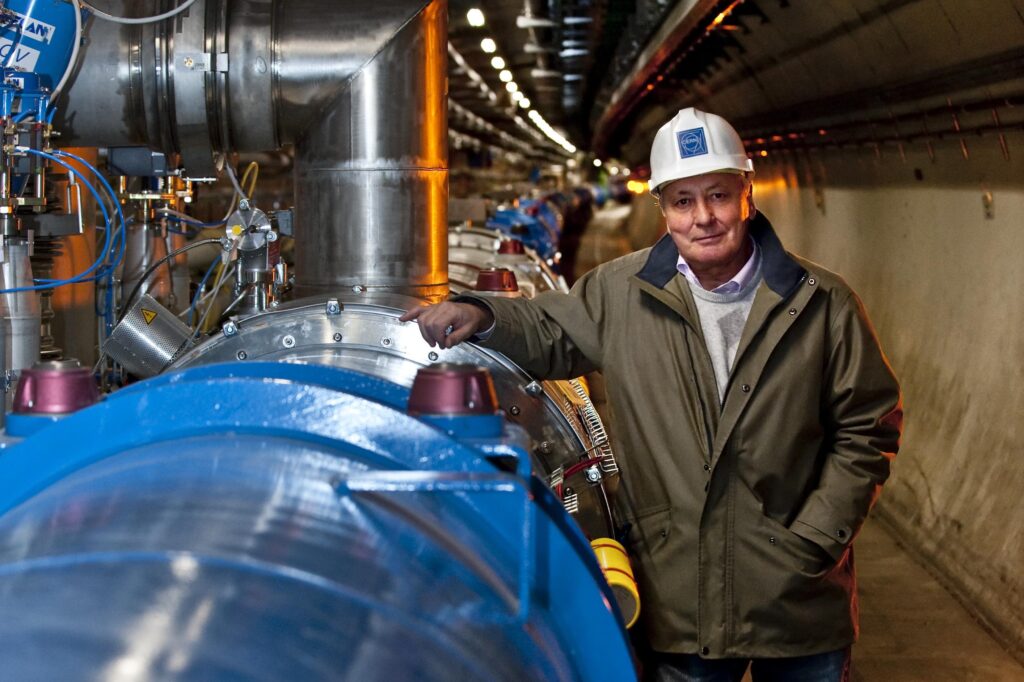 The CERN researcher will inaugurate the II IGFAE Science Week tomorrow with an outreach talk. Lyn Evans will explain the scientific and technological journey of the biggest collider in the world, which culminated in the discovery of the Higgs boson. The USC Vice-rector of Research and Innovation Vicente Pérez Muñuzuri will attend the event, which will take place at 8 pm at the Abanca Auditorium in Santiago. Admission is free until capacity is completed with simultaneous translation and live streaming on YouTube.

There are still many phenomena that we cannot explain with the physics we know, such as the asymmetry between matter and antimatter. Both should have annihilated each other when the universe originated. However, as the first took over our existence is possible. With the matter and dark energy that permeates everything happens in a similar way. We know they exist, but we do not know their nature and their origin, and we only deduce their existence indirectly.

Accelerators such as the Large Hadron Collider (LHC) are needed to study the elements that make up the matter and the laws of nature that govern. In its circular structure of 27 kilometers in diameter, two beams of particles are accelerated at speeds close to the light. When they collide, new particles are generated and registered in different detectors. Many of these by-products only occur in high-energy collisions and decay after extremely short periods of time, so it is difficult or almost impossible to study them in another way.

The former LHC project leader, the Welsh physicist Lyn Evans, will give an informative conference tomorrow in Santiago where he will explain how the largest machine built by the human being is helping to answer some of the fundamental questions in physics. Although it will be in operation for many years, Evans was elected in 2012 as the Director of the International Linear Collider project, a program whose one of its priority objectives will be to study the Higgs boson in detail. This expert will explain us on this finding and how this elementary particle opened a possible door to a new physics tomorrow at 8 pm at Abanca Auditorium. Admission is free until capacity is completed and simultaneous translation is provided. It will also be broadcast live on the following link: https://www.youtube.com/user/UniversidadeUSC/live