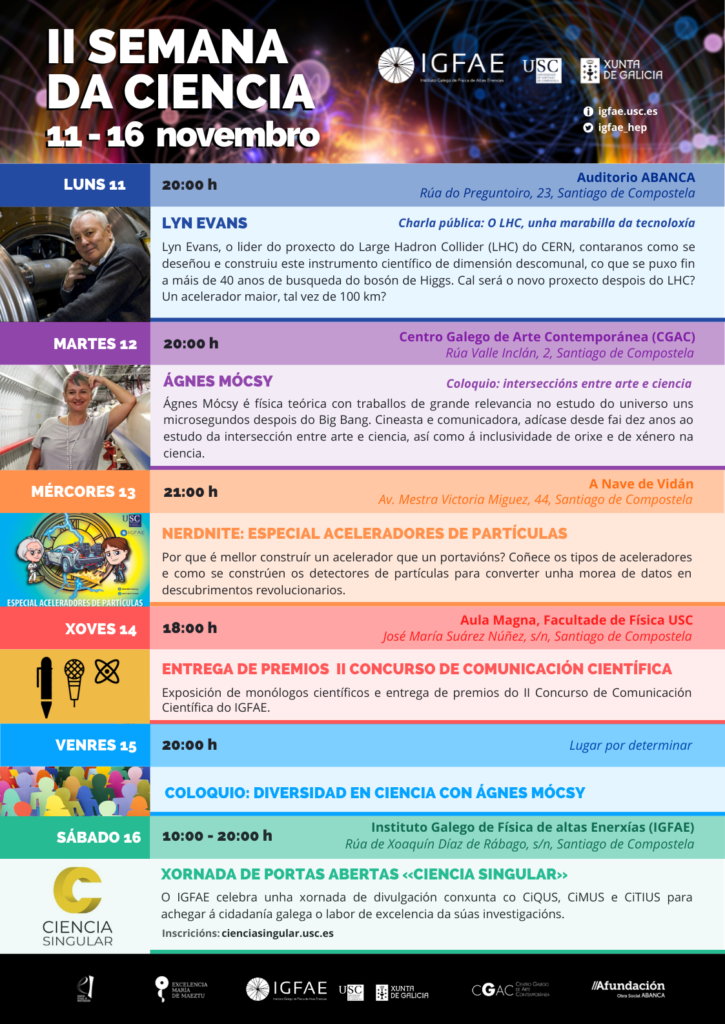 The 2nd Science Week of the Galician Institute of Energy Physics (IGFAE) is here once again this year. During November 11 – 16, children and adults will be able to get closer to the research carried out at the Institute in the field of particle, astroparticle and nuclear physics through different activities in Santiago. They all are organized with the aim of promoting the scientific culture of Galician citizenship and encouraging STEM vocations (Science, Technology, Engineering and Mathematics) among the youngest.

In this edition, the program’s main theme is particle accelerators since this year is the 90th anniversary of the first one: Ernest Lawrence’s cyclotron. For this reason, Lyn Evans, former LHC (Large Hadron Collider) project leader at CERN, will inaugurate the Science Week next Monday with a public talk about the largest particle collider in the world. On Tuesday, he will be followed by theoretical physicist and filmmaker Ágnes Mócsy with a talk on art-science intersections. Other activities such as a thematic Nerdnite on particle accelerators, the awards ceremony of the II Scientific Communication Contest and the Open Day «Singular Science», jointly organized by the Singular Research Centers Network of the USC, complete the program.