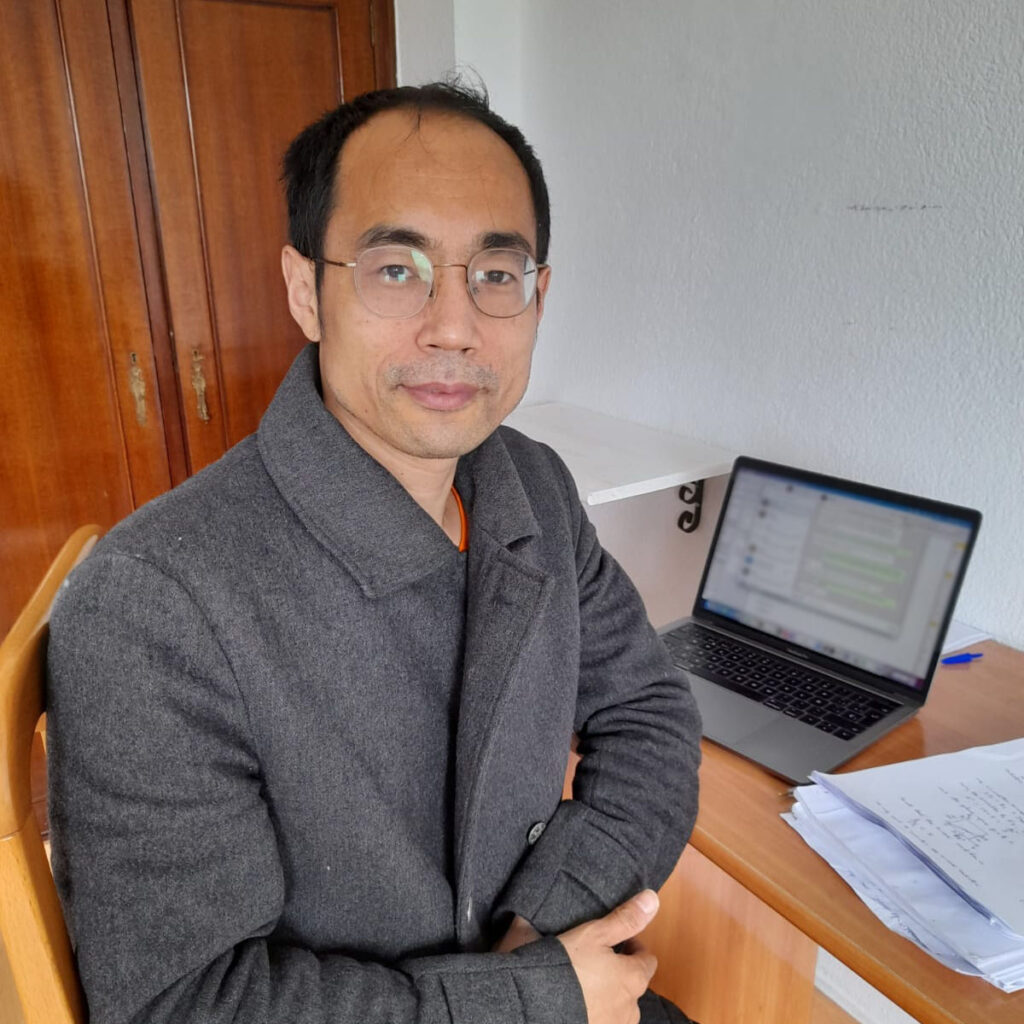 The Instituto Galego de Física de Altas Enerxías (IGFAE), a joint centre of the University of Santiago (USC) and the Xunta de Galicia, incorporates to its ranks a new ‘Distinguished Researcher’: Bin Wu. The rector of the USC, Antonio López, together with the president of the Xunta de Galicia, Alberto Núñez Feijóo, were present at the ceremony to welcome Bin Wu and five other scientists who will join different centres in Galicia. The figure of ‘Distinguished Researcher’ promoted by the Xunta under the Programme of Attraction and Retention of Talent aims to establish personnel of recognised professional career in scientific structures of the Galician University System (SUG).

The experiments being carried out at CERN’s Large Hadron Collider (LHC) pose a new challenge in our understanding of the hot and dense limit of quantum chromodynamics (QCD), and Bin Wu lands at the IGFAE to unravel it over the next four years. His first objective is to understand the formation of the smallest ever fluid-droplet of the quark-gluon plasma (QGP) -the state of matter microseconds after the Big Bang- from QCD first principles. Then, combining his own research and advances made at IGFAE, Bin WU a unified QCD framework, which will be used to give a unified description of  the experiments at the LHC and its high-luminosity upgrade, the HL-LHC in the next two decades.