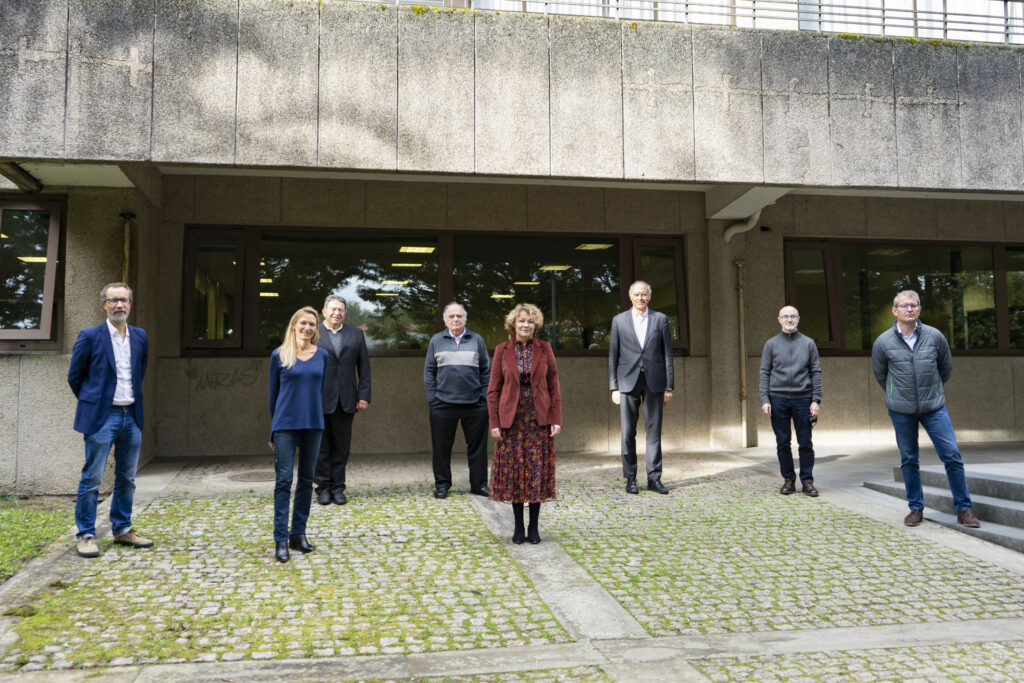 29 OctThe IGFAE receives the visit of its Scientific Advisory Board

The IGFAE’s Scientific Advisory Board (SAB) visited its facilities in Santiago de Compostela yesterday and today, where physicists from some of the most important research centres in the world evaluated the Institute’s performance over the last year and its current scientific strategy. These external evaluations are key to the IGFAE’s operating model and the committee’s recommendations will serve to adapt the centre’s objectives and priorities in the coming years.

The meeting began yesterday morning with a summary of the IGFAE’s scientific activity by its director, Carlos A. Salgado, who also commented on the news about the renovation and restructuring of the centre’s facilities. The programme continued with the presentation of the final results of the IGNITE programme projects of the IGFAE, an internal call that was funded by the “María de Maeztu Unit of Excellence” accreditation to develop innovative projects. This session continued with the in-depth evaluation of three of IGFAE’s scientific programmes, the CERN LHCb experiment programme, the theoretical QCD programme at high densities and temperatures and the neutrino programme with its participation in the NEXT experiment and new possibilities for the future. 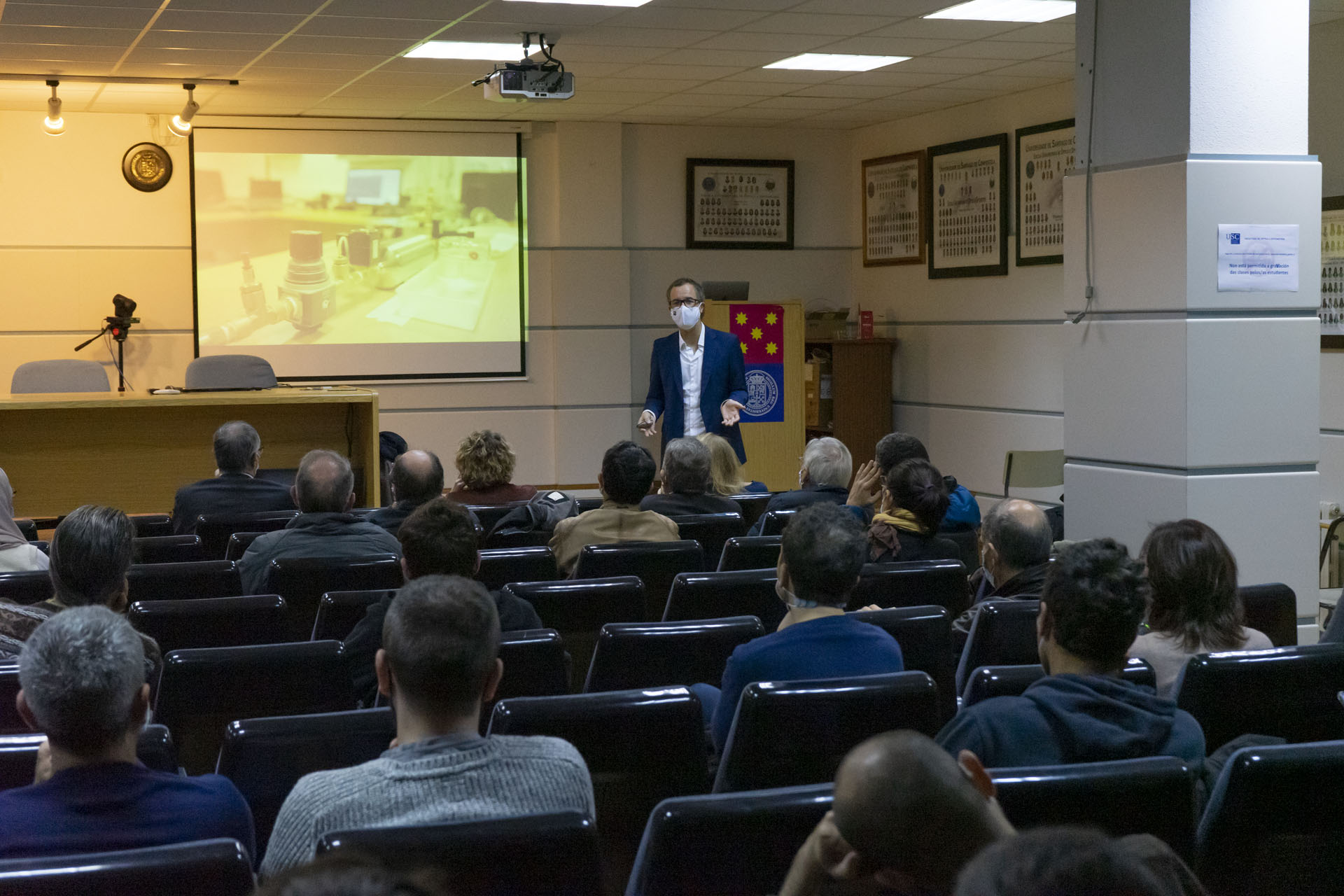 On this first day, the committee also met with the research staff of the initial stages: predoctoral, postdoctoral and junior. The aim was to evaluate aspects related to the integration of this younger part of the IGFAE staff, with a greater presence of foreigners and where several of the researchers arrive with family and children, both in the institute and in the local environment of Santiago de Compostela. Mentoring and future perspectives were also discussed during these meetings.

The visit ended today with a meeting between the members of the committee and the Xunta de Gobierno, attended by the rector Antonio López, the vice-rector for research and innovation Vicente Pérez Muñuzuri and the professor Máximo Pló Casaus on behalf of the University of Santiago de Compostela; on behalf of the Xunta, the deputy director general for scientific and technological university promotion Mª Jesús Tallón Nieto and the head of the research planning and structuring service Faustino Infante Roura.

The external scientific committee that visited the IGFAE was formed by Sergio Bertolucci (Scientific and Computing Director of CERN between 2009 and 2015); Barbara Erazmus (current vice-spokesperson of the ALICE collaboration at CERN); Paolo Giubellino (scientific director of the GSI and FAIR infrastructures in Darmstadt); Larry McLerran (director of the Institute for Nuclear Theory in Seattle) and Giulia Zanderighi (director of the Novel Computational Techniques in Particle Phenomenology Laboratory at the Max Planck Institute fur Physics, Munich). Gabriela González (spokesperson for the LIGO experiment between 2011 and 2017) and Francis Halzen (initiator of the AMANDA and IceCube scientific collaborations at the South Pole) were unable to attend.