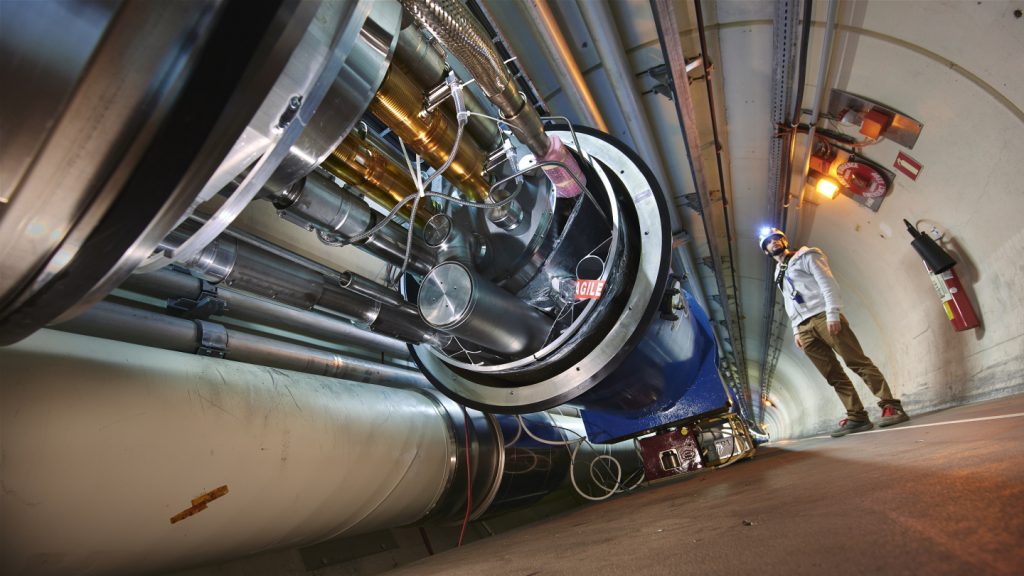 The European community in particle physics is meeting this week in Granada to discuss the future of this scientific discipline, which studies the components of matter that form everything we see in the Universe. From May 13 to 16 the “CERN Council Open Symposium on the Update of European Strategy for Particle Physics” is taking place at the Granada Congress Palace, where more than 600 experts from all over the world will debate the next European Particle Physics Strategy, the ‘road map’ that will set the scientific priorities and of this field of research in the coming years. The conference will open the discussion on several options that are on the table to take the witness of the Large Hadron Collider (LHC) of CERN, the largest particle accelerator in the world where the Higgs boson was discovered.

The European Particle Physics Strategy is the cornerstone of the decision-making process for the long-term future of the field. In accordance with the mandate established by the Council of CERN, the highest governing body of the European particle physics laboratory, the process consists of a broad consultation with the European scientific community involved in this area of Physics, in addition to requesting the opinion of physicists from all over the world. Its development is in close coordination with similar processes that are carried out in the United States and Japan, to ensure coordination between regions and an optimal use of research resources at a global level.

To coordinate this process, the European Strategy Group was created, which has received 160 contributions from the scientific community about projects and experiments. In Granada these proposals will be evaluated and discussed.

The previous process of renewal of the European Particle Physics Strategy, approved in May 2013, recommended the realization in the continent of design and feasibility studies “to be in a position to propose an ambitious post-LHC accelerator project”. This is the reason why R & D projects have been carried out in Europe, in collaboration with partners from all over the world, for several installations after the LHC in the framework of the CLIC (linear accelerator) and FCC (circular accelerator) projects. In addition, in 2016 CERN began a study to analyze the possibilities of carrying out complementary projects with high-energy particle accelerators, taking advantage of the unique possibilities offered by the CERN accelerator complex.

These contributions will feed the debate in Granada, which will also take into account the global panorama of particle physics, where there are other projects to create new particle accelerators such as the International Linear Collider (ILC) in Japan or the Positron Electron Circular Collider (CEPC) that China is planning to build, as well as the latest advances in related fields such as neutrino physics or astroparticle physics, where the detection of gravitational waves has revolutionized the way of studying the Universe.

Antonio Bueno, researcher at the University of Granada and president of the local organizing committee, emphasizes that “holding this symposium in Granada gives the Spanish particle physics community a unique opportunity to highlight the important contributions it has made, and will continue to do so through the proposals sent, in a leading field of basic science “. The proposals of the Spanish scientific community to the European Particle Physics Strategy have been coordinated through the CPAN Consolider Network, where the aforementioned centers participate.

The symposium in Granada will allow the drafting of a summary of the main proposals, which will pave the way for a session to prepare the draft of the European Strategy that will take place in Bad Honnef, Germany, from 20 to 24 January 2020. It hopes that the final document with the new European Particle Physics Strategy is ready for approval by the CERN Council in May 2020.
On Thursday, May 16, at 4:00 pm, a press conference session will be held for the media, which can be followed by videoconference. The media interested in following it have to register by sending a message to this email.