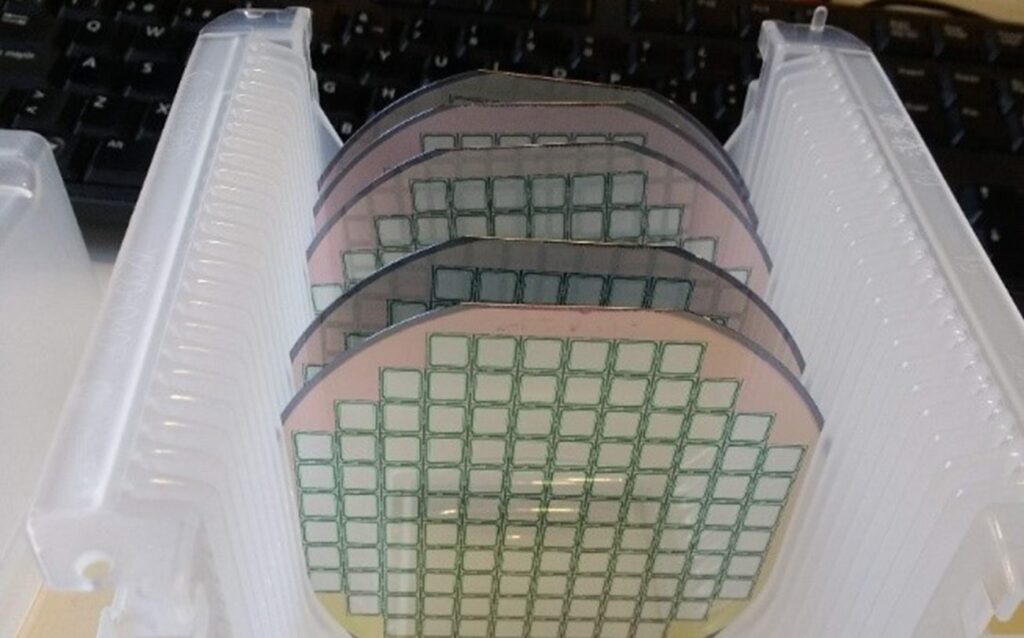 The Instituto Galego de Física de Altas Enerxías (IGFAE) of the USC has collaborated in the design and development of a prototype for detecting radon gas in buildings. It consists of a small device that would be connected to a wireless network and would automatically monitor the concentration of radon in its environment. This detection system contains a silicon sensor manufactured in the Clean Room of the Institute of Microelectronics of Barcelona (IMB-CNM-CSIC).

The prototype, which is still in the standardisation phase, is the result of the CARE project, which has covered the design and manufacturing phases of an intelligent detector for monitoring radon gas concentration. The initiative has involved the participation of two public research centres, the IGFAE and the IMB-CNM-CSIC, and four companies, Alivaba Systems, ATI Sistemas SL, Radiansa Consulting SL, Sensing & Control Systems SL.

It is a portable detector that will provide real and periodic measurement through the wireless network to which it is connected. The team has developed a semiconductor sensor for the detection of radioactive elements generated during the decay of radon and a control system capable of providing gas concentration measurements at frequencies of less than half an hour. This is the main novelty. “Most commercial detectors average the radon concentration recorded in the previous 24/48 hours,”says Dolores Cortina, project coordinator at IGFAE. “For this, the implementation of an algorithm adapted to the high capacities of the developed sensor has been key, allowing to combine speed and reliability in the measurement,” she adds. In its implementation, a system has also been created to manage the information provided by the monitor, as well as an intelligent mechanism to act on a ventilation installation depending on the radon concentrations measured.

The IGFAE has actively participated in the conceptual design of the sensor and has been responsible for carrying out the calibration and validation tests, both in its experimental facilities and in real environments. Researchers José Benlliure, Juan José Llerena and Dolores Cortina have participated in this work. The next challenge will be to manufacture a limited series of radon detection systems for commercial transfer of the system.

The device provides the ability to be integrated into a distributed detection network within the buildings to be studied, accurately identifying potential risk areas so that corrective action can be taken where necessary. It is real-time monitoring, enabling active and dynamic mitigation of indoor radon presence.

“We have achieved our goal of a fast, efficient and cost-effective detector. This new sensor is undoubtedly a major breakthrough in the rapid detection of indoor radon gas. Among many other applications, its use will be key to the implementation of indoor radon mitigation systems. It will allow real-time action to be taken on ventilation systems, actively and selectively controlling their operation, thus reducing indoor radon accumulation immediately,’ says Dolores Cortina.

Radon: a naturally occurring gas in high concentrations in the west of the Iberian Peninsula

Radon is a naturally occurring radioactive gas that can be found in the interior spaces of buildings. It is also the largest source of natural radiation exposure in humans. The World Health Organisation (WHO) estimates that 3 to 14% of lung cancer cases can be attributed to radon depending on its concentration.

According to a mapping by the Nuclear Safety Council, the geology of places such as Galicia, Extremadura or the provinces of Barcelona and Girona is conducive to the presence of radon gas indoors, although the gas can be found in all buildings. The concentration is considered significant when it is higher than 300 Bq/m3 (bequerels per cubic metre, a unit for measuring the frequency of decay of a radioactive nucleus) as stated in Council Directive 2013/59/EURATOM, which defines the basic safety standards for protection against the dangers arising from exposure to ionising radiation. The new Technical Building Code (RD 732/2019 of 20 December) complies with this Directive and guides the adoption of measures to limit the entry of radon into buildings.

The Radiation Analysis Laboratory (LAR) is an IGFAE laboratory devoted to the study of the detection of radioactivity in environmental samples and, in particular, to the design of detection systems and protocols for measuring radon gas indoors. The team that manages it, with more than 20 years of experience, is made up of IGFAE researchers specialised in the detection of ionising radiation.

The laboratory is equipped with the most sophisticated ionising radiation measurement equipment and is subject to a quality management system based on the ISO 9001:2015 standard, certified by the company AENOR. The scope of the certification is “Design and performance of environmental radioactivity analysis in liquid and gaseous matrices”. It is currently in the process of accreditation for the ISO 17025 standard with the scope “Determination of 222Rn in air with rapid detectors and continuous measurements”. The protocols and techniques for measuring indoor radon concentration developed by LAR have been transferred to the technology-based company INTERA S.L., in which the USC participates.

Development of an automatic radon concentration monitoring system for buildings

The CARE project (Development of an automatic control system for radon concentration in buildings) has been funded by the Ministry of Science and Innovation in the 2016 Call for Collaboration RETOS (RTC-2016-5627-1). It is an industrial research project to facilitate collaboration and knowledge transfer between public institutions and companies.