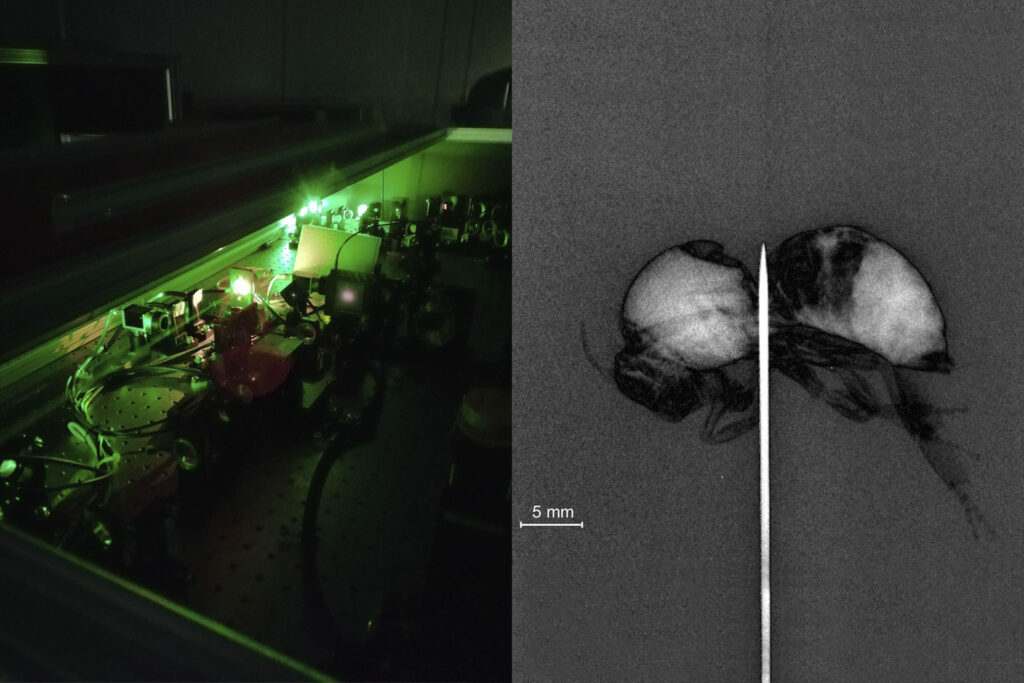 The Galician Institute of High Energy Physics (IGFAE) is leading an investigation in collaboration with the University of Salamanca in which they develop a new technique, based on ultrashort laser pulses, to produce high resolution tomographic images. The article has been published in the journal Physica Medica and has been carried out in the Laser Acceleration and Applications Laboratory (L2A2) of the University of Santiago

A team led by the Galician Institute of High Energy Physics (IGFAE), a joint center of the University of Santiago de Compostela (USC) and the Xunta de Galicia, in collaboration with the University of Salamanca, has managed to generate X-rays using a new electron acceleration technology based on ultrashort laser pulses. Although they had previously been able to generate X-rays with laser pulses, this is the first time that X-rays have been produced in a stable way for long periods of time, obtaining the first tomographic images with this novel X-ray source. The results of the work have been published recently in the latest issue of the journal Physica Medica.

This research is carried out at the USC Laser Acceleration and Applications Laboratory (L2A2). The L2A2 is equipped with one of the few laser systems in the world capable of producing laser pulses with a power of 50 terawatts (1012 watts, one trillion watts). By focusing these pulses on a material, very intense electromagnetic fields are generated, capable of accelerating particles at high energy by a few microns (0.001 millimeter). This technology will allow the construction of compact particle accelerators with medical applications in the future.

“The advantage of this new technology is that, by having an X-ray generator focus of micrometric dimension, better quality images are obtained with a smaller quantity of X-rays,” says José Benlliure, IGFAE researcher and co-author of the article. “In addition, a new image reconstruction technique can be applied, phase contrast radiography, which allows the visualization of materials of different density, in particular biological tissues.” IGFAE researchers have been able to apply this new technique to both conventional radiography and three-dimensional tomographic images.

Recently, the IGFAE have started a project in collaboration with the Universidad Complutense de Madrid, the Universida de Salamanca and the company Sedecal S.L. to study the possibility of using this new technology to develop high precision mammograms.