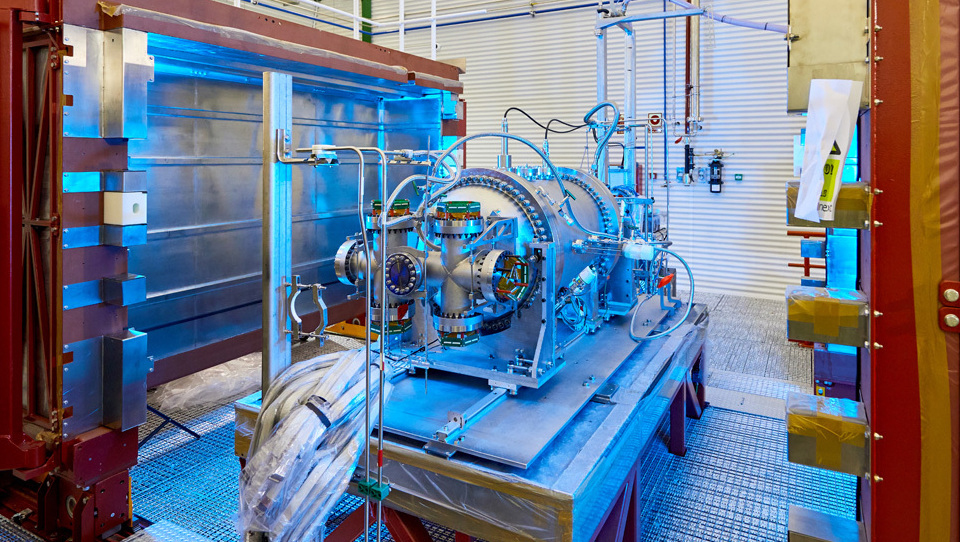 Researchers at the Instituto Galego de Física de Altas Enerxías (IGFAE), through the collaboration of the NEXT experiment at the Laboratorio Subterráneo de Canfranc (LSC), recently published in the journal Physical Review X the first experimental observation of neutral bremsstrahlung radiation in xenon, following the theoretical prediction over 5 orders of magnitude. The demonstration of this radiation resolves a search that dates to 2017 when scintillation signals of unknown origin were first observed and sets new limits to the sensitivity of detectors such as NEXT, which lead the search for dark matter and neutrinos today using Time Projection Chambers (TPCs).

When ionizing radiation interacts with the gaseous xenon in NEXT’s chamber, large amounts of ultraviolet light are emitted at certain wavelengths (around 172nm), which is the detection mechanism used in dark matter searches and neutrino physics studies based on noble elements. However, since 2017, researchers have been observing an additional contribution whose source they have not been able to identify until now. This new type of light caused by electron scattering in neutral atoms is called neutral bremsstrahlung or polarization emission, and is due to the interaction between the charged particle and the xenon atom, via the latter’s induced dipole moment.

“The presence of single photons in coincidence with the interaction of high-energy radiation or ‘noise’ coming from theoretically inactive regions of the detector, as well as the presence of electroluminescence at energies lower than those needed to excite the medium suggested the presence of a radiation mechanism different from the conventional one,” explains IGFAE researcher Diego González Díaz, one of the authors of this work and who proposed and developed the initial experiment. “For several years these phenomena were considered as independent, until in December 2019 we conducted a careful experiment in collaboration with the University of Coimbra and the University of Aveiro to solve the mystery.” 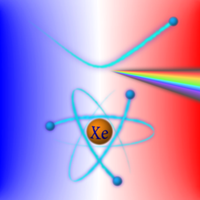 In addition to establishing the presence of this scintillation in the current leading experiments in the search for dark matter and the common origin of a series of apparently disjoint observations by the NEXT experiment, one of the most interesting revelations to be drawn from this work is that the resulting emission is highly independent of wavelength (analogous to other radiative-like processes, such as Cherenkov radiation), which offers a technological attraction that researchers are studying how to exploit. In particular, it opens up the possibility of recording primary ionisation in detectors based on liquid-phase noble elements, using the braking radiation produced in an electrified region. This would increase the sensitivity to the energy of primary events by about 4-5 orders of magnitude, without the complexity of having to operate the detector in vapour-liquid equilibrium, as has been done to date.

“We are currently performing absolute scintillation measurements on other noble and molecular elements to study the dependence of the emission on the type of medium, as well as to explore the limits of the theoretical framework implemented by IGFAE PhD student Pablo Amedo Martínez. We would also like to undertake a detailed study of the emission spectrum, which requires important modifications of our experimental devices, which we are still evaluating,’ concludes Diego González Díaz.