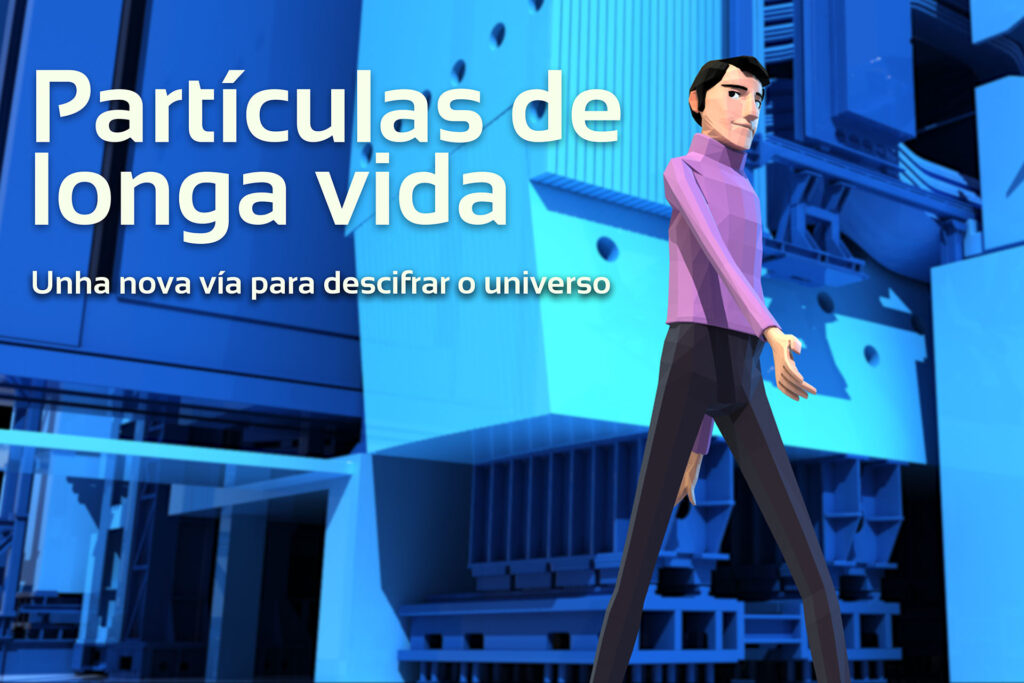 01 FebCODEX- b, a new IGFAE experiment to detect long-lived particles at CERN

The Galician Institute of High Energy Physics releases “Long-lived particles: a new way to decipher the universe”, an outreach video on the proposal for a detector co-led by the IGFAE to find this new type of particles that, if discovered , would open a new chapter in our understanding of matter and the laws ruling the cosmos.

CERN’s largest experiment is the Large Hadron Collider (LHC), a 27km accelerator that collides protons at nearly the speed of light. Around these collisions are located various detectors that work as huge cameras capturing the result of each collision. Although these cameras involve state-of-the-art technological developments, they are not always able to “see” absolutely everything that happened in collisions and can lose details.

One of the fundamental missions of these experiments is to find new or unforeseen phenomena, New Physics, that can help us better understand some of the mysteries of the Universe. One of them is Long-Lived Particles (LLP), a type of especially elusive particles predicted in various theoretical models that go beyond the current Standard Model and that could now be one step closer to being detected thanks to a CODEX-b, a project co-led by the Galician Institute of High Energy Physics (IGFAE), a joint center of the Xunta de Galicia and the University of Santiago (USC).

CODEX-b is a detector proposed to be installed alongside the LHCb experiment, one of the LHC’s gigantic particle detectors, to find LLPs. When the protons collide in the accelerator, the LLPs “fly” between a few millimeters and several meters before disappearing, out of range of existing detectors that are unable to capture them and reconstruct their trajectory. As a preliminary to CODEX-b, the team is already building the CODEX-beta demonstrator, a smaller and cheaper version of the experiment that is expected to be completed in the next two years. Its goal will be to measure backgrounds, do preliminary analysis, and demonstrate that CODEX-b detection technology is feasible.

The IGFAE is one of the leaders of the CODEX-b project based on the participation of the “Ramón y Cajal” researcher, Xabier Cid, CODEX-beta “Physics Coordinator”, and Saúl López, a student who has just started his thesis of PhD in the experiment. The IGFAE funds CODEX-b through the IGNITE program, an internal call for projects funded by the María de Maeztu accreditation, and participates in part of its construction with the “resistive plate chambers” (RPCs), rapid response gaseous particle detectors. In addition to the IGFAE, researchers from universities in the United States and Europe participate in the project.

New Physics at our fingertips

Xabier Cid explains: “One of the lessons we learnt in the 10 years that the LHC has been in operation is that we must not have preconceptions and be as open as possible when analyzing collision data. The New Physics, not foreseen in the Standard Model, may be within our reach, and we must not leave any corner unexplored. CODEX-b has unique potential, and it is to complement the experiments that exist today at CERN”.

CODEX-b is one of the most promising proposals to find LLP or discard its existence in the next 10 years. Discovering a long-lived particle would change our most fundamental concept of nature, and would link directly to some of the most important questions in physics today: What is the origin of our Universe? How can we explain its current composition?

This activity is co-funded by ERDF Operational Programme FEDER Galicia 2014-2020.